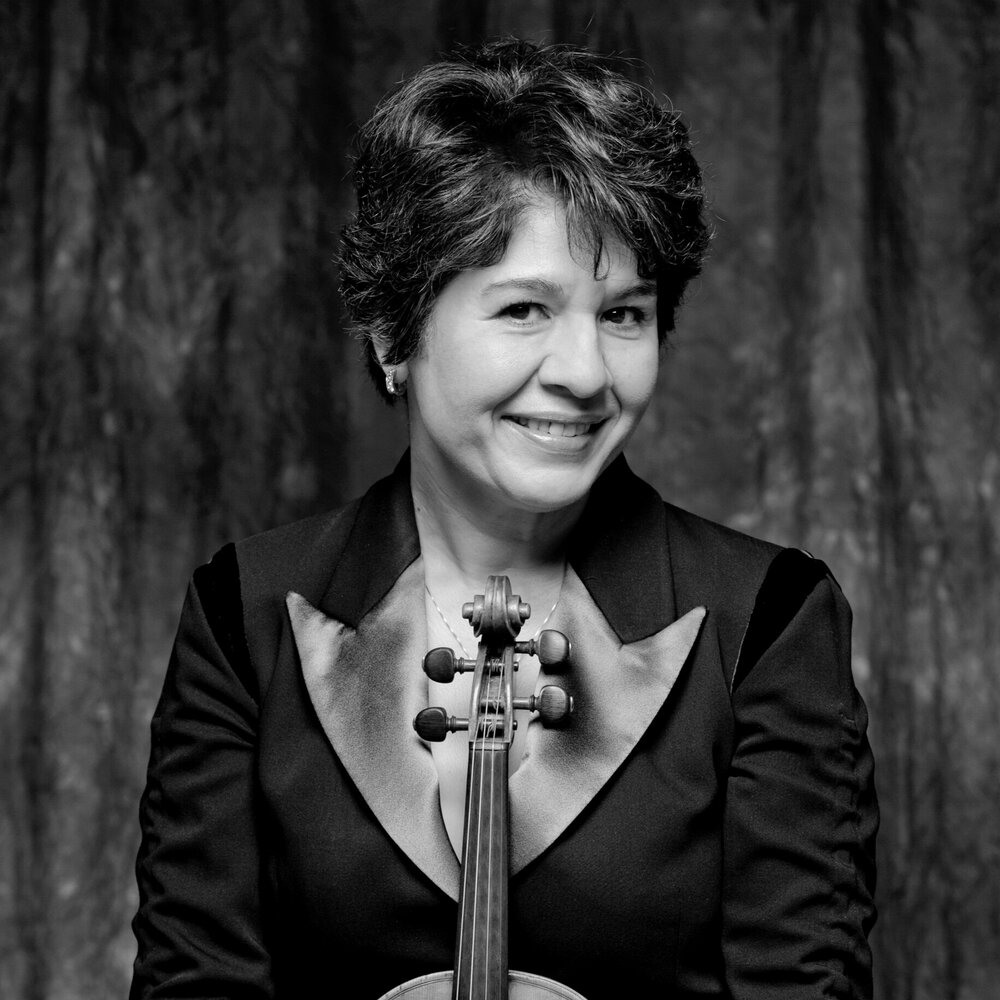 The Romanian-born artist Mihaela Martin is one of the most outstanding violin virtuosos of her generation. She began to study violin with her father at the age of five.  She later studied with Stefan Gheorghiu, a pupil of George Enescu and David Oistrakh.

Martin has won many prizes at international competitions, beginning with the 2nd Prize at the Tchaikovsky Competition in Moscow at the age of 19, followed by top prizes in Montreal, Sion, and Brussels. Her First Prize win at the International Violin Competition in Indianapolis launched her international career. Her debut at Carnegie Hall was enthusiastically received. Since then, Martin has made a name for herself as a soloist with a vast repertoire and has been the guest of many orchestras. She has performed with the BBC Symphony, the Royal Philharmonic, the Orchestre symphonique de Montréal, the Salzburg Mozarteum, and the Leipzig Gewandhausorchester, and has performed under conductors such as Kurt Masur, Nikolaus Harnoncourt, Charles Dutoit, and Neeme Järvi.

She also regularly performs at chamber music festivals with a variety of partners, including Martha Argerich, Yuri Bashmet, Elisabeth Leonskaya, Leon Fleisher, and Menahem Pressler. In 2003, Mihaela Martin set up the Michelangelo String Quartet. A regular jury member at the Queen Elisabeth, Indianapolis, Enescu, and Tchaikovsky competitions, she teaches at the Hochschule für Musik Köln, the Kronberg Academy, and the Barenboim-Said Academy in Berlin. Mihaela Martin plays a violin by J G Guadagnini made in 1748.