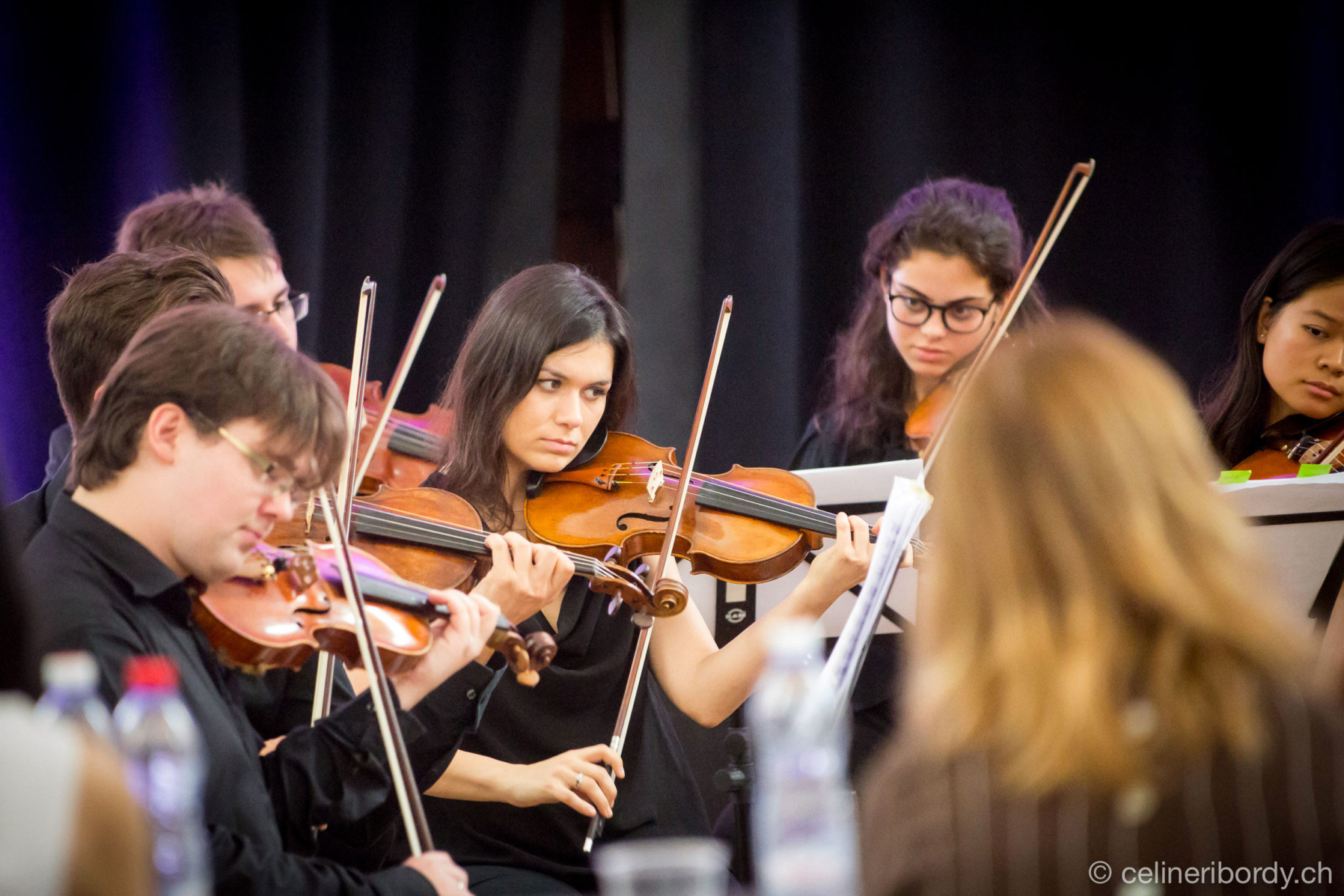 The Festival Orchestra is enjoying its third musical season under the Valaisan sky. Formed especially for the occasion, this ad hoc group demonstrates the close ties between the festival and the region’s professional musical institutions. Indeed, it includes students from the HEMU. Supervised by professionals, these young people can thus share their skills with the community of Sion while perfecting their orchestral practice. Felix Froschhammer is the competent and demanding Konzertmeister of the ensemble; he gives it unity, coherence and expressiveness.