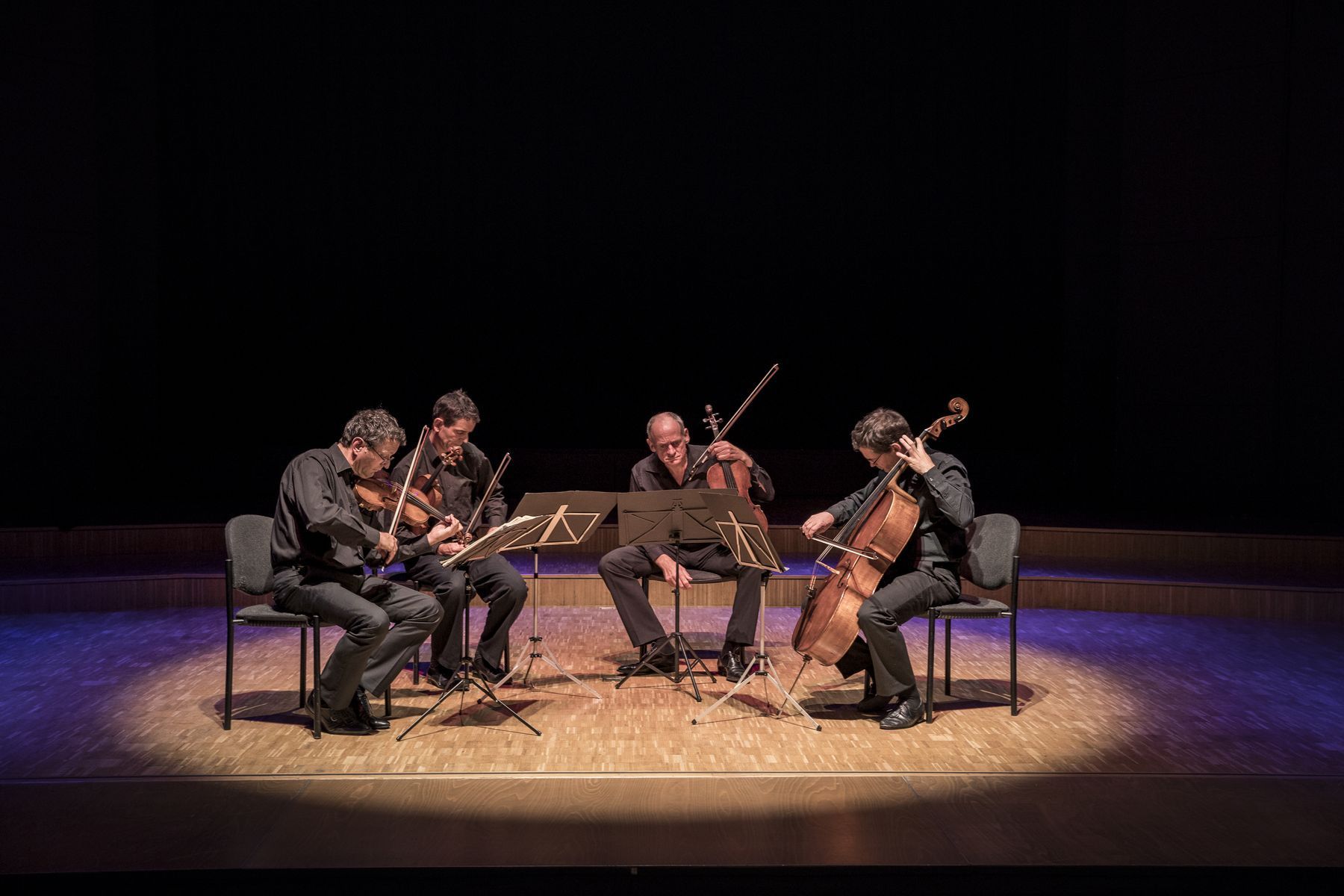 The quartet is composed with Patrick Genet and François Gottraux on violin, Hans Egidi on Viola and Marc Jearmann on Cello. Since their success at the Evian International Competition in France and at the Reggio Emilia Competition, the Lausanne, Switzerland-based Quatuor Sine Nomine has achieved great success, having performed at the most prestigious venues in Europe and the U.S. Among the personalities who have marked the four musicians, it is necessary to mention Rose Dumur Hemmerling, who communicated to them his passion and sensitized them to the great tradition of the string quartet, the Melos Quartet as well as Henri Dutilleux, whose meeting, during the recording of his work, So the Night at Erato, was particularly rewarding. The life of the ensemble is constantly enriched thanks to regular collaborations with other musicians. Close ties have been established with a few quartets, including the Vogler Quartet in Berlin and the Carmina Quartet in Zurich. The Sine Nomine Quartet has a vast repertoire, from Haydn in the 21st century, without neglecting less played works such as the Enesco octet. He has created several contemporary works dedicated to him. Apart from the great classics (Schubert’s complete works at Cascavelle and Brahms’ at Claves), Arriaga’s quartets and Turina’s works (also at Claves), his discography also includes Furtwängler’s piano quintets (Timpani). and Goldmark (CPO). In parallel with the quartet, each member develops an intense pedagogic activity in several High School of the region (Hemu, hem Ge). In addition, the quartet has been the artistic director of the “Orchestre des Jeunes de la Suisse Romande” since 2012.