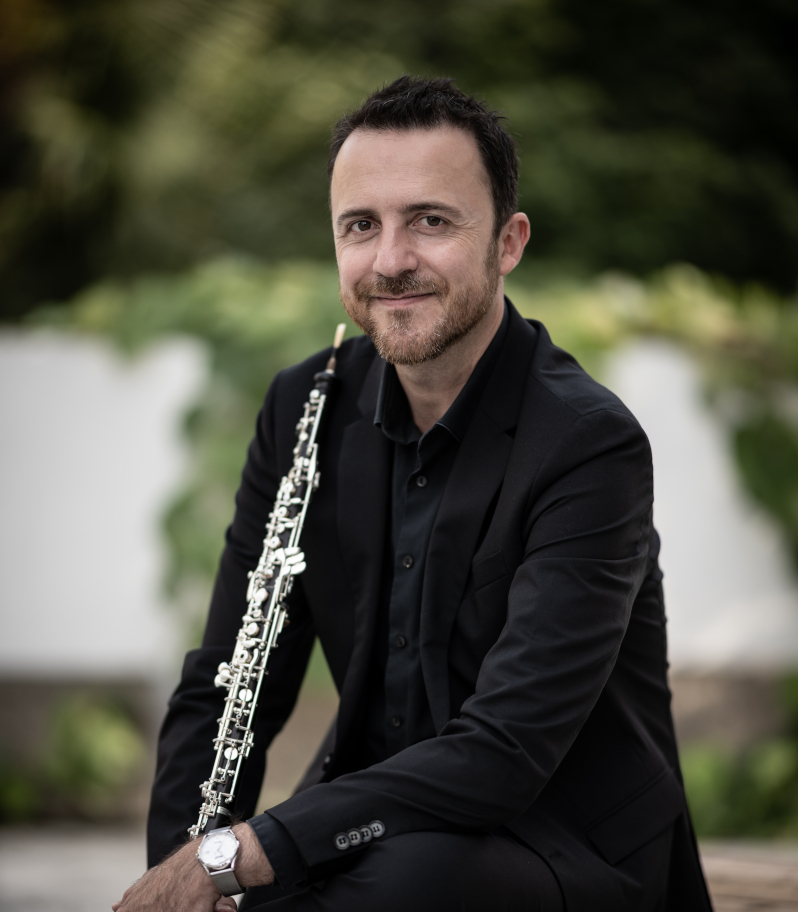 Oboist Fabien Thouand began his studies in Paris; he was admitted to the prestigious CNSM, where he studied and won a first prize, unanimously. He then joined Maurice Bourgue’s advanced class in 2001. This year would be decisive. The young musician won a second prize at the Prague Spring International Competition, a third prize at the Giuseppe Tomassini International Competition and finally, in May 2002, a third prize at the Toulon International Wind Instruments Competition. With these successes, he began a magnificent career, oriented towards the orchestral world. In 2004, he was appointed principal oboe of the Orchestra of the Teatro della Scala in Milan. Thouand is also a teacher at the Conservatory of Lugano and at the Royal College of Music in London.