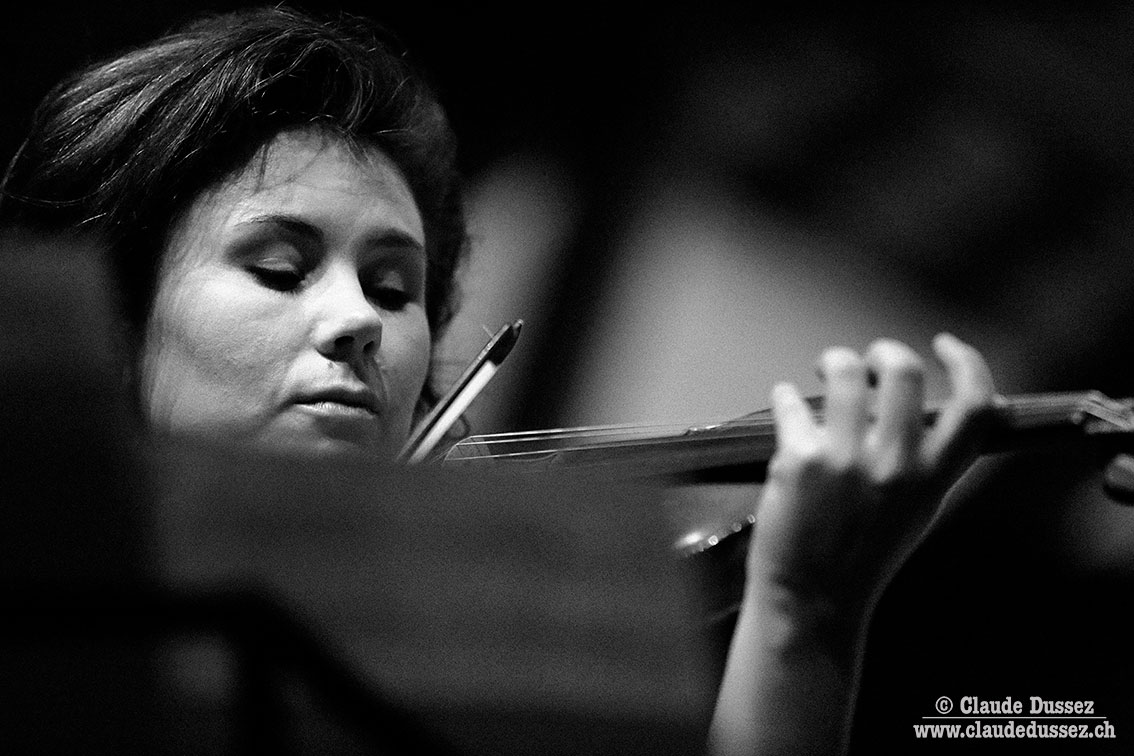 At the age of 10 she won the First Prize in the  Moscow International Youth Tchaikovsky  Competition, and this was followed by many  other prizes and awards. In 2008, having  completed her Postgraduate and Masters  degrees as well as the prestigious PhD at the  Moscow Conservatoire with Prof. M.  Glezarova she was invited by Lorin Maazel to  take a Principal Violin position at the “Palau  de Les Artes Reina Sofia” in Valencia, Spain.  She collaborated with world renowned  conductors such as L.Maazel, Z.Mehta, J. Levine , G. Dudamel , G. Prêtre , G. Noseda, Y.Temirkanov and M.Vengerov.

As a passionate promoter of contemporary  music Svetlana has widely collaborated with  composers such as G.Kancheli, H.Holliger,  R. Dubugnon, J.Bardanashvili, N. Bacri among others, some of their works have been  dedicated to her.

Svetlana Makarova recorded several CDs for  “Naxos” and was featured in many radio  broadcasts.

A devoted pedagogue, Svetlana splits her  time between performing and sharing her  knowledge and artistic experience with young  generation of violinists. Many of her students  became prize winners of international violin  competitions such as Menuhin International  Violin Competition, Tibor Varga Competition,  Carl Nielsen Competition, Leonid Kogan  International Competition, Ginette Neveu  Competition , Lausanne interprètes Competition and others. Before joining the  violin faculty at HEMU of Lausanne in 2014  she taught at renowned Gnessin’s College of  Music in Moscow, Scuola di Musica di Fiesole in Florence and Conservatorio Liceu Barcelona.

By invitation of some leading music  Universities Svetlana gives masterclasses at Moscow Conservatoire, University of Music and Performing Arts Vienna, Conservatorio  Liceo Barcelona, Yonsei University Seoul,  Reykjavík Royal Academy and University of  Indiana in Bloomington. Since 2009 she is a  faculty member at Vienna Summer  masterclasses in Austria and Miyazaki Music  Academy in Japan.